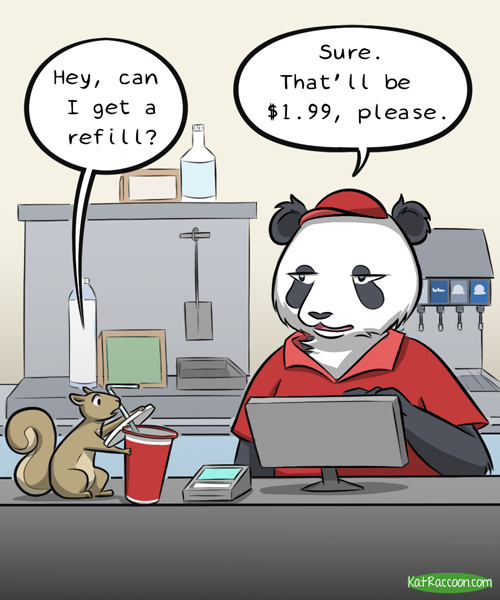 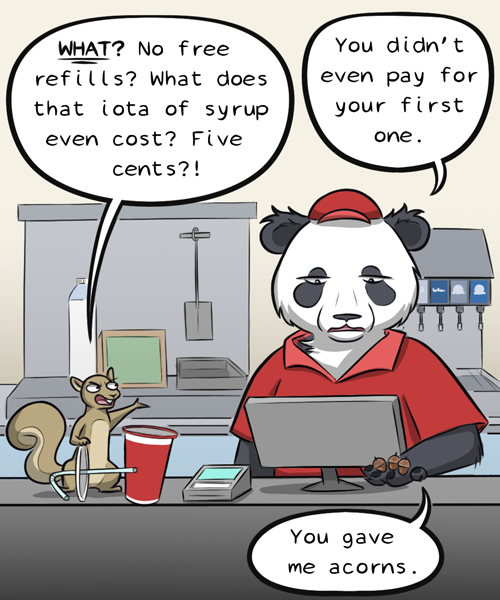 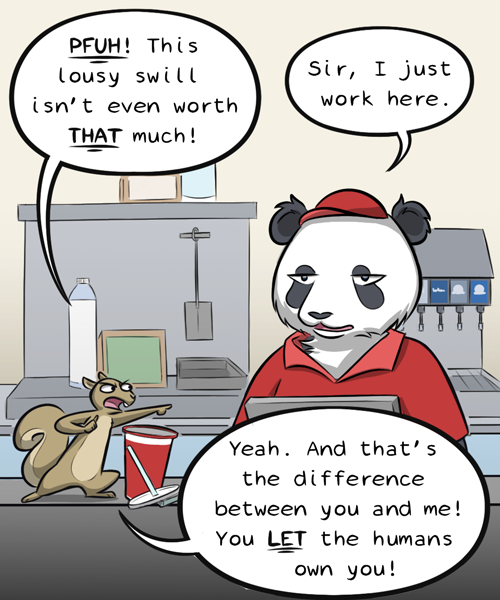 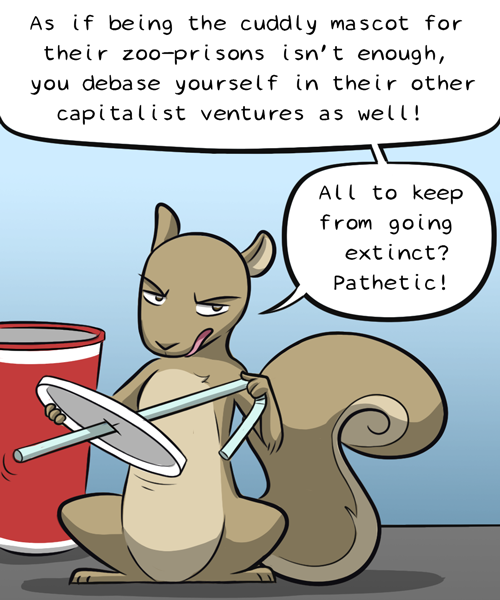 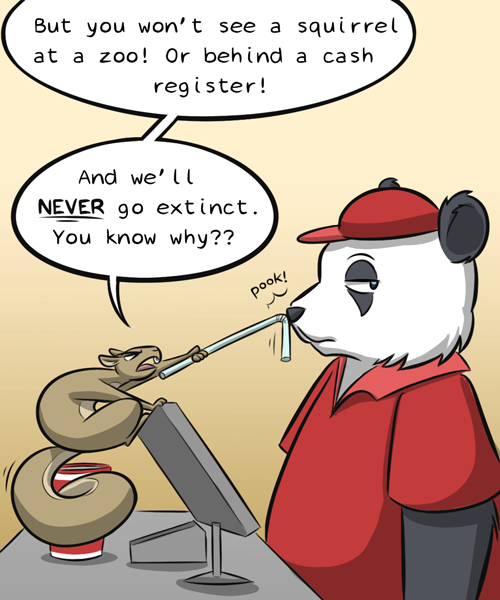 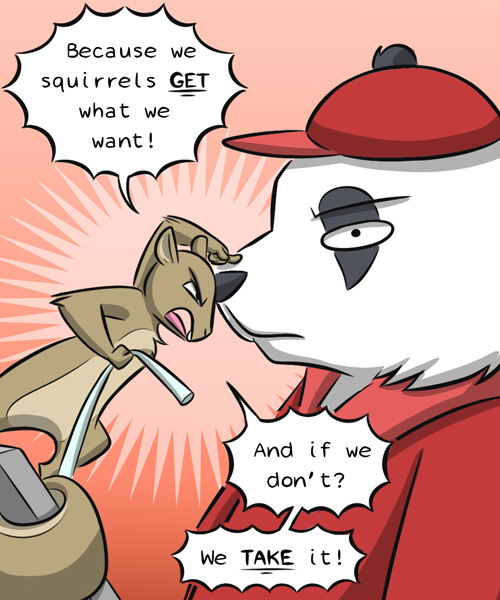 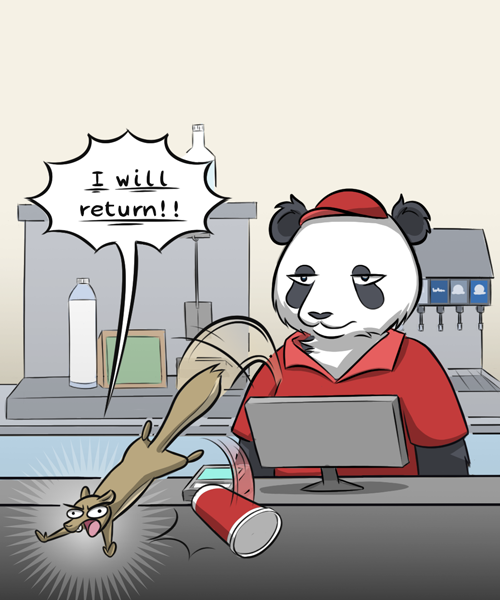 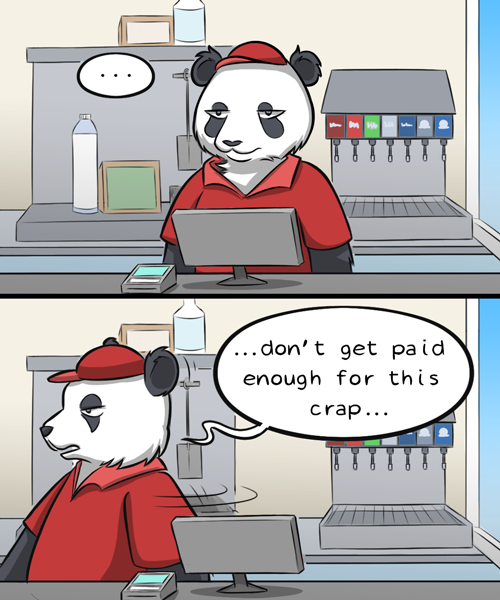 Apathetic food service panda is such a mood. Then again, so is feral anti-capitalist squirrel.

Heyy, sorry for the lack of a comic again last week! I was actually well on my way to getting this one up in time, but then my power went down for two days during the hottest week of the year so far, so I was like "screw it, I'll post it next week." I did end up doodling some comics on scrap paper in that time, which I'll be inking and posting to patreon later. BACK TO REGULAR UPDATES NEXT WEEK THOUGH, I ACTUALLY PROMISE!